PERFORMANCE TO RULE YOUR GAME

GAME CLOCK, UP TO

BOOST CLOCK, UP TO

BUILT FOR THE GAMER

Finding the balance between a good looking card and maximizing it’s performance is an art. Where we could improve airflow, we did it, we opened it up while keeping the design clean and cool. 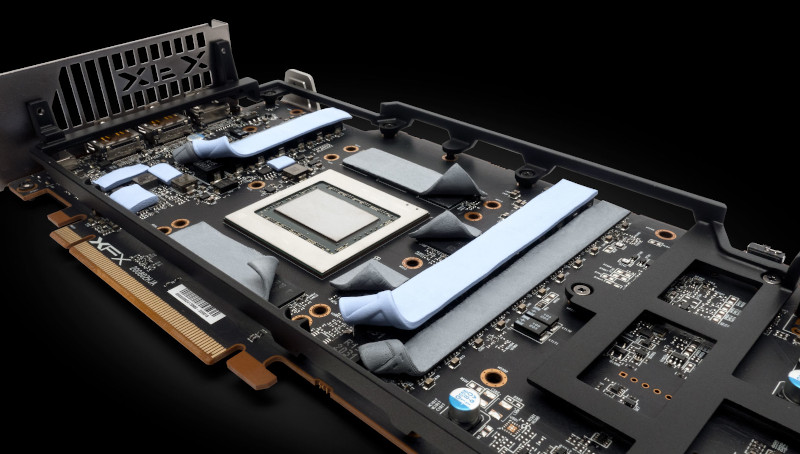 XFX maximizing the cooling effectiveness of our cards by increasing the number of thermal padding throughout the card. This includes thermal pads on all VRM’s, Memory, and GPU on all sizes of the PCB board. Ensuring stable high quality performance. 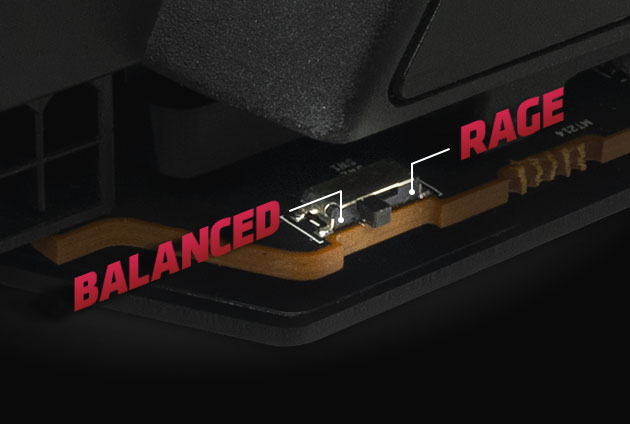 We know enthusiast like options, so for our RX 6000 series graphics cards we are offering dual BIOS options. If you want a balance between performance and efficiency use the Balanced mode that the card ships in. If you want every ounce of performance the 6800 XT MERC 319 can give you, use the Rage BIOS. The Rage BIOS increases power delivery to the GPU increasing the max obtainable boost clocks. 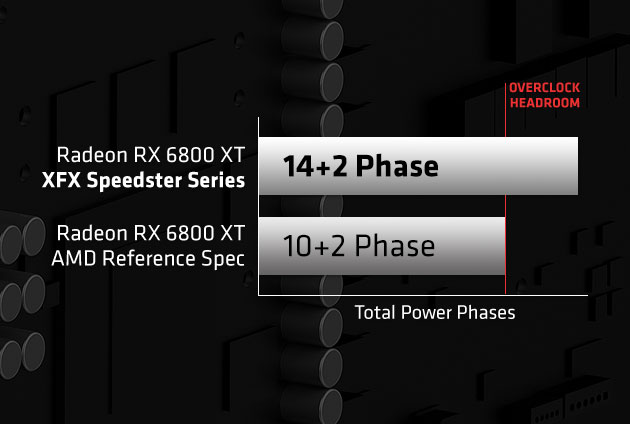 14+2 Phase Power Design implements a larger V-Core than the AMD reference spec so it’s able to provide you with more stable gameplay by better distributing power across more VRMs which results in more headroom. This allows the GPU to operate cooler at baseline but also have tremendous room to overclock. 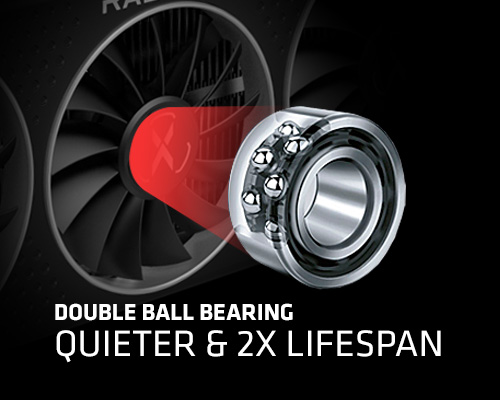 XFX Fans are equipped to run at the highest possible performance, while our Zero DB fan system will also keep your fans running at efficient RPM in order to minimize annoying fan noise by lowering RPM all the way down to Zero RPM. When the heat is on during intense gaming, our fans will speed up as needed.

AMD RDNA 2 architecture is the foundation of next-generation gaming PCs and consoles. It is the bedrock of the upcoming revolution in PC gaming graphics and cloud gaming. AMD RDNA™ 2 elevates and unifies visual effects and gameplay across multi- gaming platforms, like no other graphics architecture before. 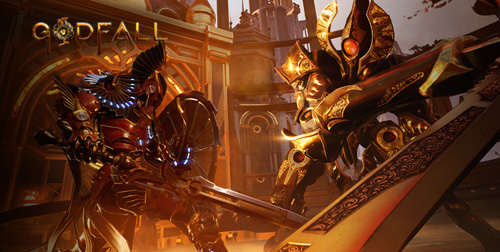 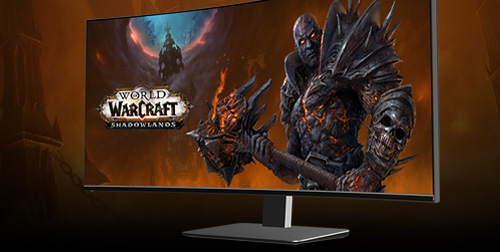 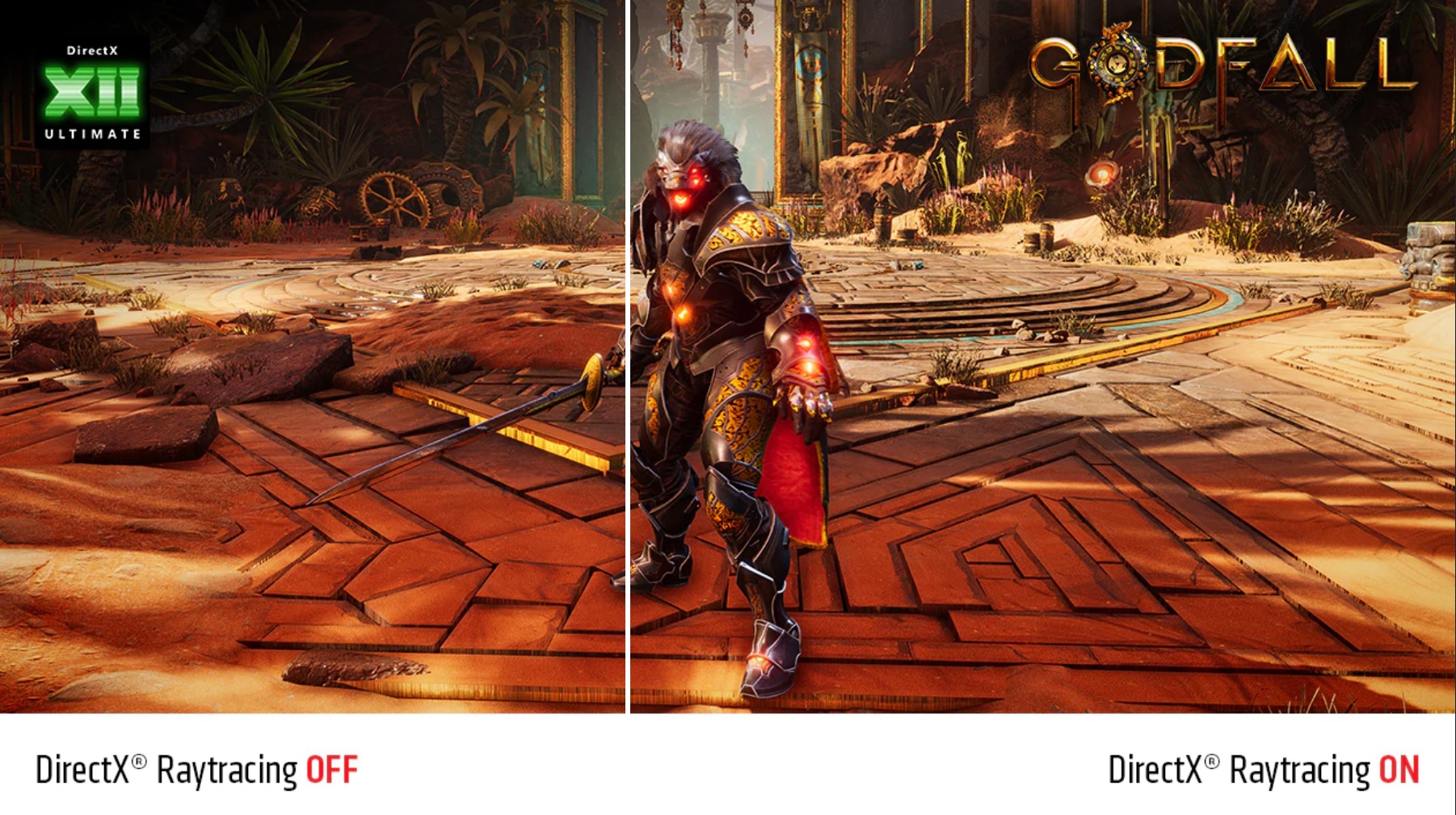 AMD Fidelity FX is a robust set of visual enhancement effects optimized for the AMD Radeon RX 6800 Series and Radeon RX 6900 XT graphics cards. These features enabled of plethora of rastorized lighting, shadow, and reflection effects in the latest games with minimal performance overhead. Free up your graphics card to power the intense gaming experiences you demand. 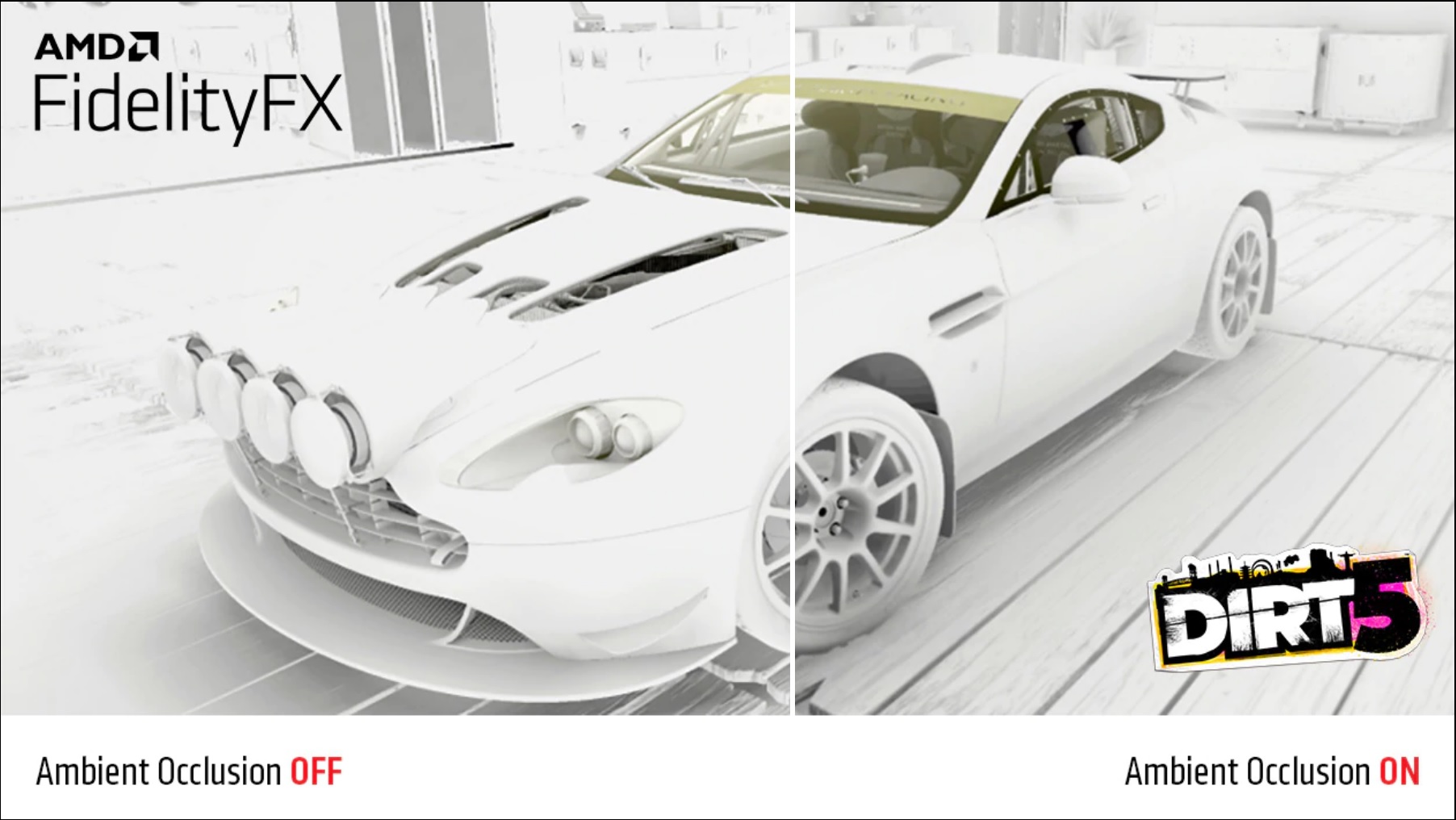 Get more performance in select titles through new levels of communication between AMD Ryzen desktop processors and AMD Radeon graphics cards over PCI-E 4.0.

The AMD Radeon RX 6000 series graphics cards feature PCI-E 4.0, with a throughput of 16GT/s which enables two times the bandwidth when comparted to PCI-E 3.0.

AMD Power most of todays newest consoles, but also more gaming PC’s are also powered by AMD. It’s obvious what is the real choice when it comes to high performance graphics at a value. 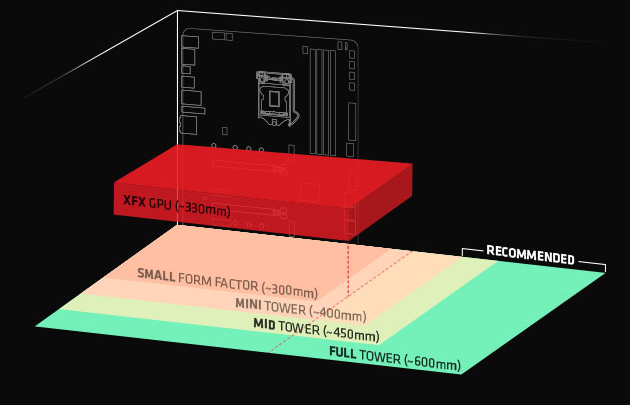